Ive got you right where I want you, lactic acid.

I was anxiously awaiting a long morning of waking up slow/sleeping past 8am this weekend. sadly for me jray had a date with the surf and therefore the rumbles of packing up gear & breakfast started at the crack of dawn, followed by "hey, sorry babe, but wheres my beach towel." and "pst, I know its early but where's my surf bag" and so forth. for some reason J knows where only about 3 things in our house actually reside.

so even after my guy was out and all was quiet again I was wide awake. I had a few hours before the baby shower I was going to so I decide to get in a work out. all was going according to plan until the elevator ride from the gym back the 17th floor. I'd had a great workout and was feeling fine and out of no where it seemed, I was shaking, pale, and stumbling straight to the couch thinking "shoot that was a rough workout" and then I was sick, oh so very sick.

{disclaimer: no people it was not morning sickness}

I spent a good 30 mins on the bathroom floor hugging my white porcelain friend... I was clearly down for the count. the clock was ticking on towards baby shower time and I was getting pretty annoyed. I kept trying to get up and get ready, but I'd be too dizzy to finish. I kept having to sit down on the rim of the tub during my shower.

finally only a mere hour late to the baby shower I stumbled (yet again) out the door, leaving my half eaten toast and a messy bathroom behind: 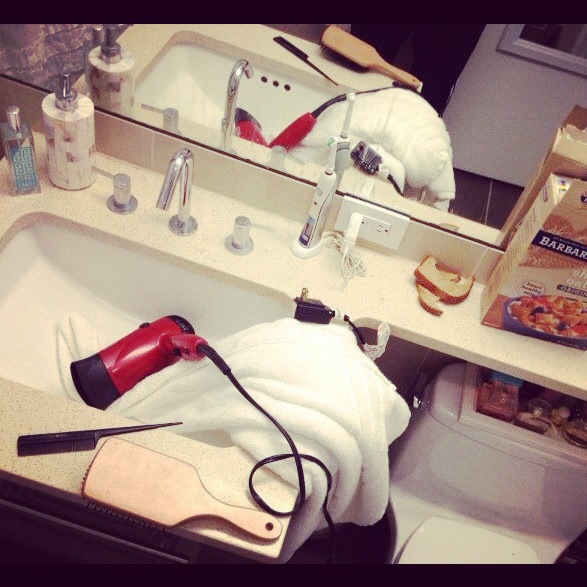 after devouring a few pieces of pumpkin bread and chatting away with the girls I was feeling almost all better. despite a few comments at the paleness of my face.

the shower was in our old neighborhood next to one of favorite flea markets. so naturally  when we were done celebrating the baby to be I spent a few hours on a treasure hunt. 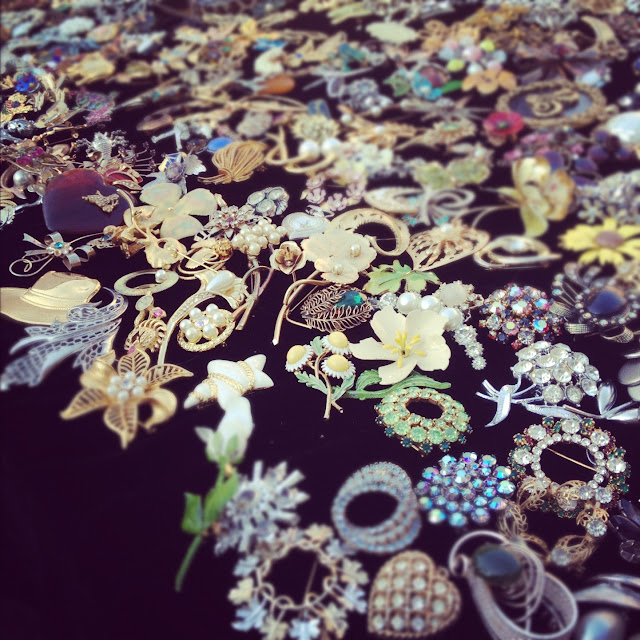